A public servant, Clint Rucker is a national award-winning prosecutor with over 25 years of experience and can anticipate the moves of both sides, both prosecutorial and defense. He has tried over 150 cases, winning many high-profile cases at both the state and federal level, and recently served as the Executive Assistant District Attorney for Fulton County.

He understands not only the legalities but the stress that comes with being accused of a crime. He will ensure that your side of the story is heard by the court. If you are currently being charged with a crime, don’t hesitate to reach out to Clint who will ensure that justice is served for his clients.

When facing criminal charges, you may be overwhelmed. You know that there is a lot at stake. Not only will you be defending your finances and property, but also your reputation which can be negatively impacted for the rest of your life.

With your freedom on the line, it doesn’t help that the criminal process is also quite complex and extensive, comprising of many steps before the case is heard by the judge.

Police officers obtain and execute search warrants to search your personal property and for your blood and DNA. Additionally, police are interviewing witnesses, gathering evidence for scientific testing, and questioning suspects.

Near the end of the investigation, the police would identify potential suspects. If enough evidence is gathered, an arrest warrant would be issued and police would locate and arrest the suspect. Even though you may be arrested for a crime, it does not mean that the police have enough evidence for a conviction. Also, this doesn’t mean you are automatically guilty of the crime.

The investigative file is sent over to the county’s District Attorney’s Office.  The D.A. reviews the file and calls in a grand jury to hear the evidence to determine if there is probable cause to charge the accused with the crimes committed.  Once the evidence has been reviewed, an indictment or a formal charging document listing every crime allegedly committed is issued. The indictment is then dated and signed by the foreperson and then filed by the county clerk of court.

Once the indictment is filed, you will then receive a court notice for the arraignment, which is the first court appearance you will make where you can answer to the charges. You also have the option to plead guilty to the charges and then be sentenced by the judge, or not guilty and demand a jury trial. Most people do not plead guilty at this stage as you and your lawyer can use that time to strengthen your case. The prosecution will also decide on granting bail at this state of the criminal process.

Discovery is also known as the collection of evidence that the State has against you. Depending on the nature of the charges, this phase can take a while giving your attorney a chance to review all of the State’s evidence. Additional evidence may be requested from the State to strengthen your case. Your attorney will also conduct independent investigations and may file any pre-trial motions and have those hearings, if necessary to the case.

According to the U.S. Constitution, you have the right to a jury trial but you can instead request a bench trial. If you are considering waiving your right to a jury trial,  talk to your attorney first. A jury trial may work to your benefit as the jury trial which consists of 12 people both chosen by the State and defense would all have to be convinced beyond a reasonable doubt, that you are guilty and only then would it lead to a conviction. If the jury does not find you guilty, you would then be acquitted of the crime.

Hiring an attorney who knows both sides of the law and will tirelessly fight for justice can make a huge difference in your case. Clint Rucker, one of Georgia’s best attorneys,  specializes in case analysis and trial preparation, jury selection, closing arguments and is a subject matter legal expert in the criminal defense field.

If you need a criminal defense attorney, contact someone to represent you who has tried over 150 cases, and won 98% of them. Contact Clint Rucker.

Clint is an award-winning legal professional with a history of creating and implementing highly effective legal strategies that ensure successful outcomes for his clients. If you need a fierce competitor in your corner, Clint Rucker is ready to fight for you. 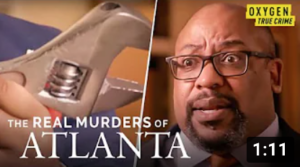 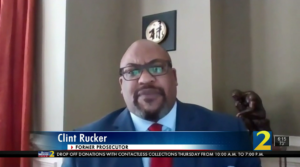